Lanton launched Leedership Consulting in February 2018 after spending the past 15 years working for Kiwanis International in Indianapolis, Indiana.

Lanton recently retired as the Executive Director for the Ohio District of Kiwanis International after serving the Kiwanis Family clubs and leaders in Ohio from 2018 to 2021. Lanton launched Leedership Consulting in February 2018 after spending the past 15 years working for Kiwanis International in Indianapolis, Indiana. He served as an Area Director where he supported the club strengthening and club opening for numerous districts over nine years working from his home in Columbus, Ohio. Previously, Lanton served in Indianapolis as the Director for Kiwanis Youth Programs and supported a team that was responsible for Key Club International, Key Leader, Builders Club, Kiwanis Kids, Aktion Club, and Kiwanis branded service programs.

Lanton recently retired as the Executive Director for the Ohio District of Kiwanis International after serving the Kiwanis Family clubs and leaders in Ohio from 2018 to 2021.  Lanton launched Leedership Consulting in February 2018 after spending the past 15 years working for Kiwanis International in Indianapolis, Indiana. He served as an Area Director where he supported the club strengthening and club opening for numerous districts over nine years working from his home in Columbus, Ohio. Previously, Lanton served in Indianapolis as the Director for Kiwanis Youth Programs and supported a team that was responsible for Key Club International, Key Leader, Builders Club, Kiwanis Kids, Aktion Club, and Kiwanis branded service programs. During that time he helped lead a team that developed the Kiwanis Key Leader program (key-leader.org). Lanton served as the Interim Director for Circle K International (CKI) in 2007-08 and helped develop the CKI Leadership Academy.

Lanton lives in Columbus, OH with his wife Lori, daughter Margaret and son Landry. He is a member of the Kiwanis Club of University, Columbus and the Kiwanis Club of Hilliard. He is an active alumnus for The Ohio State University serving as board member and scholarship committee chair for the Circle K Alumni Society. He also serves as a board member and secretary for the Progressive Osseous Heteroplasia Association (POHA) and board member for the Heymann Historical Society.

In his free time, he enjoys throwing axes with his son Landry in the World Axe Throwing League (WATL) and leading and co-hosting CletusFest: The Ultimate Buckeye Tailgate which has been providing tailgate parties for 30 to 100 people for the past 28 years at The Ohio State University football games. 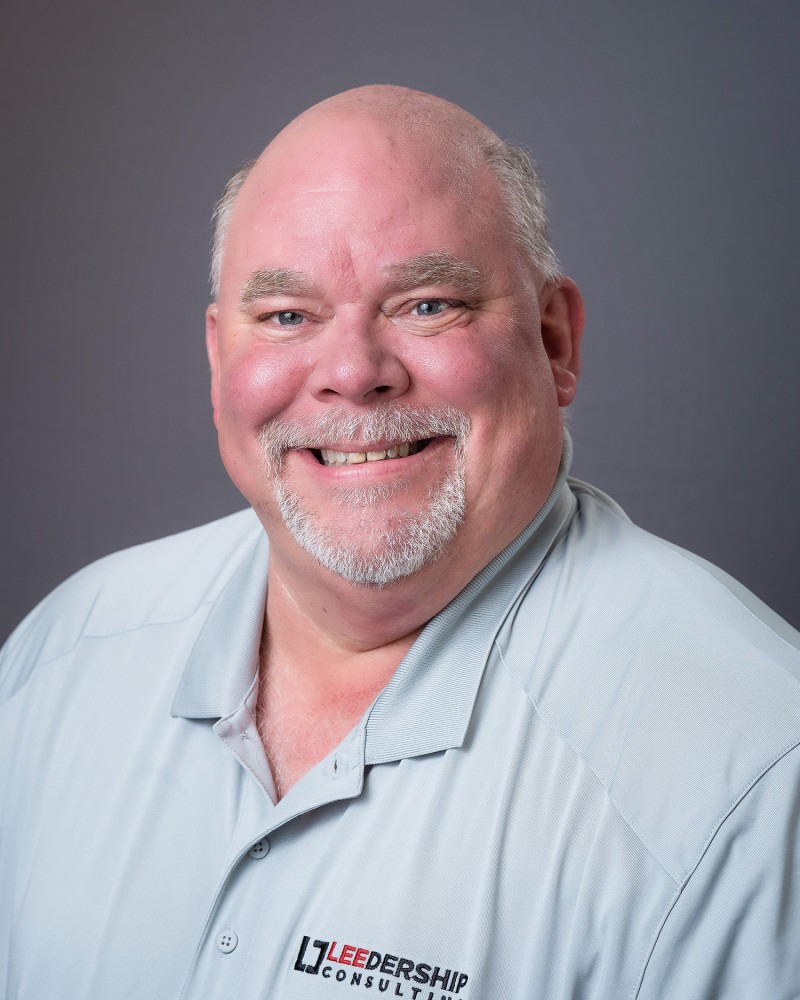 Leedership Consulting was founded in February of 2018 by Lanton Lee. After thirty-years working in the non-profit and higher education environment, Lanton took his passion for leadership and helping others to provide consulting to individuals, organizations, and businesses. Lanton believes in servant leadership. One of the key principles of servant leadership is to make sure that whatever you are doing – do it while helping others. This will allow your organization to become better. Lanton believes that everything starts with a conversation. These conversations create connections, and connections create and improve community.

Our passion is bringing people together through conversations which lead to connections that will improve our community. Leedership Consulting provides individuals, organizations, and businesses the support needed to accomplish their goals. Our services range from keynote speaking, training, presenting or facilitating to assist the planning of your next event or fundraiser.

"I’ve had the pleasure of knowing Lanton in several capacities. He helped me in the early days of my career by giving an eager somewhat green speaker the chance to present and speak. He was always full of encouragement and support and wanted nothing more then me to be successful. I was also able to see him present to a variety of audiences and the thing that always shone through was his desire to serve. His passion, his heart, his love, his skill, they all come from a place of service. His focus is always on how he can best be of service to those his is working with and not how those he is working with can be of service to him. It’s such a rare thing to find in today’s world. In whatever capacity you have the opportunity to work with Lanton, do it. It will be in your best interest to do so because that’s what he strives to do – serve those around him."

"Lanton Lee was instrumental to the design, creation and launch of one of our most successful leadership programs for youth. He has a great insight into how core values of experiential leadership can empower a team."

"If you are looking for an impactful presenter that will provide both leadership and personal development, Leedership Consulting will be a great addition to your workshop or conference."

"Lanton is contagious! He is a natural connector and makes everyone feel important and engaged. I value his strength as a facilitator, and some of my favorite career moments happen to be sharing the stage with him."

Erin Fischer, CEO and Owner of The Leadership and Training Studio

"Lanton’s lifetime of service leadership has given him the skills and experiences that can benefit others. I highly recommend him."

"Lanton and Leedership Consutling have played a major role in shaping my professional career."

"Lanton is a visionary leader committed to growing and developing both the programs he works with and the people with whom he works. He has high expectations balanced with a focus on relationships."

"Lanton has a passion for making an impact on the lives of others. His ability to provide sessions that are applicable to various learning styles is unmatched!"

"Lanton’s track record of assessing a community’s needs and assets, and designing a plan to meet those needs has helped many groups discover their ability to create positive change."

"Lanton has a rare blend of qualities that make him a great mentor to young people! He's energetic, passionate, and has the ability to coach people who are headed in the wrong direction."

"Lanton Lee is an exceptional professional. His proven record of 30 plus years of outstanding educational leadership development and training within a vast array of colleges and universities, non-profits and professional associations, provides confidence in his abilities to customize any training program for his audiences.

Over the years, I have professionally benefited from Lanton's guidance.  My ability to work in teams effectively as well as my strong organizational skills are a direct result of Lanton's coaching and training. "

A powerful presenter that delivers his message with passion, energy, honesty, support and has a way of connecting people, really shows why Lanton is a great leader. He spoke to our membership from the heart and they were engaged with his message by the way he interacts with the group. Lanton brought people together that never met and they developed a relationship by learning about each other and that created a great community with the group that Lanton talks about. You can also see the trust level increase. The conversations the members were having, connecting with one another and caring about the other person, a community was developing in the room, thanks to Lanton.  I highly recommend Lanton and the power of C4 Leadership – A Difference Maker!

HAVE A QUESTION ABOUT HOW WE CAN HELP?

Shoot us an email or give us a ring to get started!

Gain premium access to all of our exclusive presentations